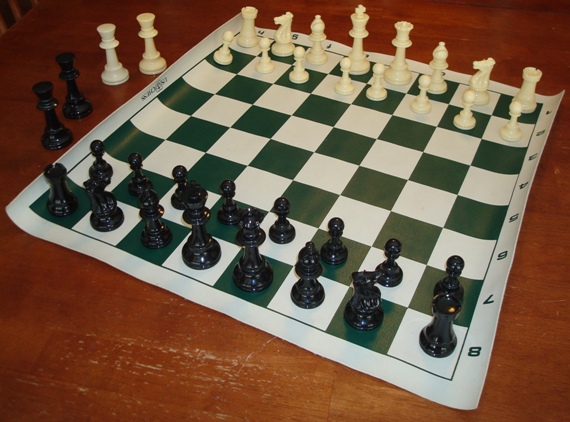 Ajax Orthodox Chess made it' debut in the 2009-10's Game Courier Tournament (#4): "An Introductory Semi-Potluck". 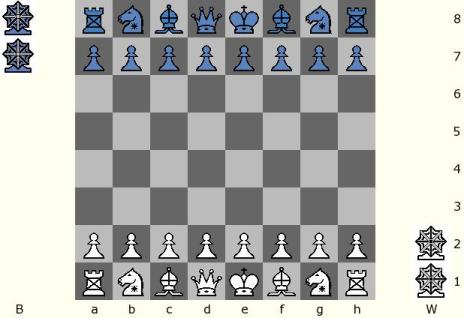 The setup is identical to Orthodox Chess. The Ajax-Ministers start off the board at the begining of the game.

The King and Queen do not get any additional "adopted" moves, as they already can reach all one-step squares just like a Courier Man. 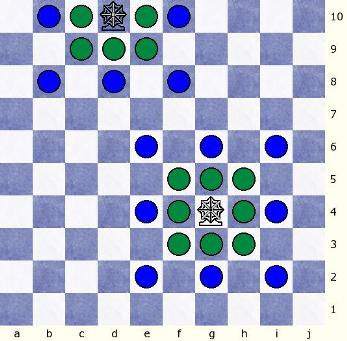 The Minister is an additional major piece in the Ajax Chessmen set, which is like an enhanced Courier Man or Commoner that can move AND capture on it's one-step moves (just like a Man, circles in green above), and can also leap two-squares AND capture in any direction (Alfil + Dababah - circles in blue above). Therefore Ajax Ministers are able to capture on all 16 squares within their reach. 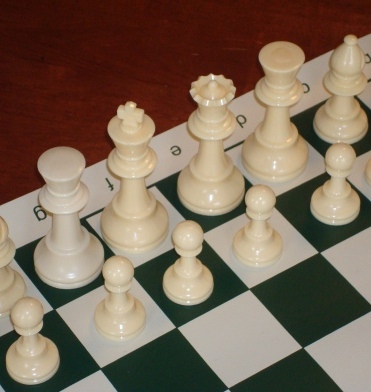 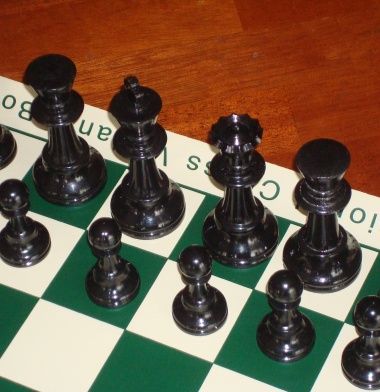 Any other fairy pieces though (i.e. Seirawan Elephants as Mastodons), or checkers men, can be used to represent the Ajax Ministers OTB.

The Ministers start off the board (on the B and W files), and can be played right from there (W1 or W2 for White, B7 or B8 for Black) to their initial squares just as a regular Game Courier move.