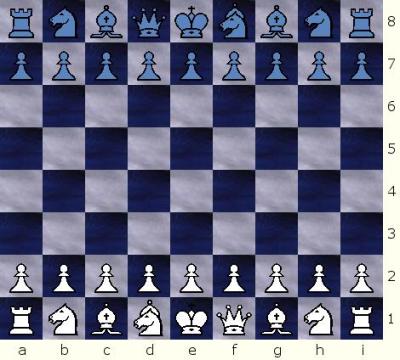 Prime Ministers Chess is an adaptation of Gabriel Vicente Maura's 1968 Modern Chess (9 columns, simple reverse symmetry, symmetric castling to either side, an extra pawn, the Prime Minister (B+N) and the Bishop Adjustment Rule) to a 9x8 board.

While the setup described above (with Prime Minister to the left and Queen to the right of the King, and with reverse symmetry) is the original and prefered setup, the symmetry of the board allows three additional and alternate setups. The setups below are all valid Prime Ministers Chess starting layouts, for which the game can still be played under the same rules: 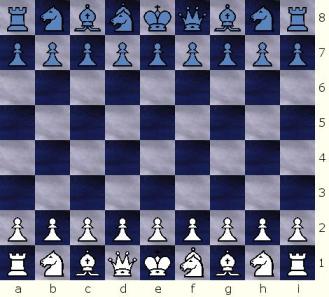 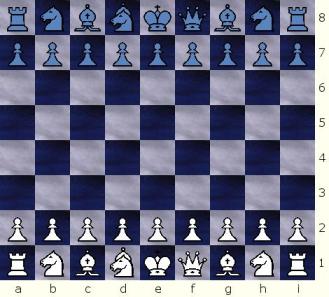 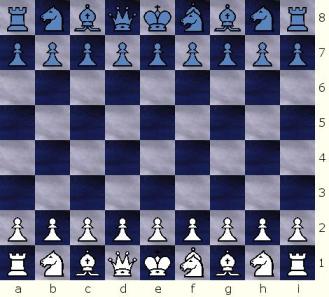 Note that the first alternate setup on the left also displays simple reverse symmetry, while the other two alternate setups use direct symmetry accross the board.

The code name for the main Prime Minister Chess layout (the layout same as Maura's Modern Chess) is PMC1 (or just PMC). The code names for the alternate layouts above are PMC2, PMC3 and PMC4 respectively.

Most Orthodox Chess rules apply, including the objective of the game, the way pieces move and capture, en passant, check, checkmate, and the various draw situations (i.e. stalemate, insufficient mating material, threefold repetition, 50-move rule). Pawns may promote to a Queen, Minister, Rook, Bishop or Knight. The castling rule and the Bishop Adjustment Rule are below.