Here's a 10x10 variant maybe not so wildly different from chess, maybe computer-resistant to playing engines too, as far as giving reasonably skilled humans a chance against them. It's played on a large (10x10) board, which may help humans when vs. machines (e.g. as in standard 19x19 Go), and also the average number of legal moves per turn may be significantly greater than for chess, for instance.

Compared to the 'Grand Chess' 10x10 variant the start position is more orderly - there are no empty squares on both side's 1st/2nd rank (& start positions for the standard chess pieces are kind of retained). Fool's mate & a kind of Scholar's mate possible. The name for the variant was inspired by the initials of the last 3 pieces on White's 1st rank. The density of pieces to empty cells in the setup is 60%, in a way not less close to that of orthodox chess (50%) than, say, Glinski's Hexagonal Chess (40%).

Three Game Courier presets for play are available thanks to Carlos Cetina, with all being rules enforcing. Note that some links are provided in the Notes section, for further reference. 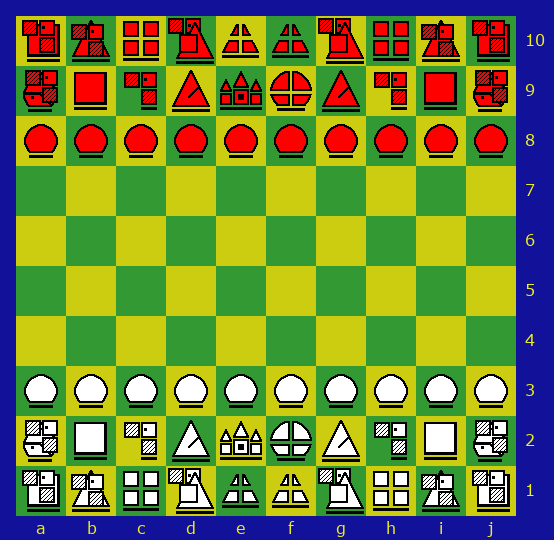 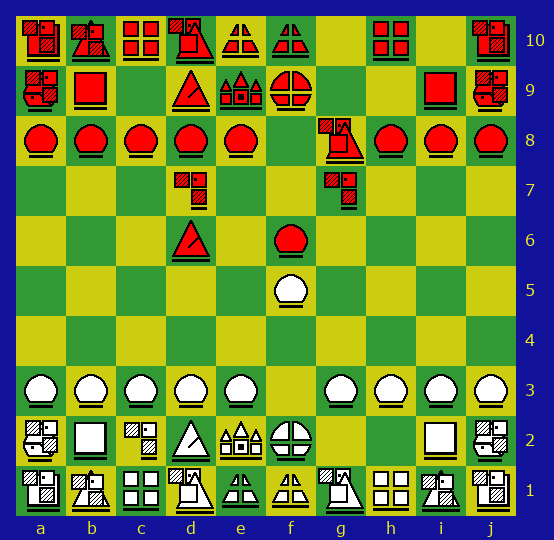