Hostage Chess is a game by John Leslie that adds elements of Shogi to Chess in a way that makes use of only a single Chess set to play. Captured pieces are held hostage until they can be exchanged for other hostages of the same or greater value. Released pieces are placed onto an airfield, from which they may be freely dropped, as in Shogi. Pawns may advance to the last rank and promote only if there is a hostage to promote to. Fergus Duniho programmed this game for Zillions-of-Games in the year 2000 with feedback from John Leslie to make sure he got the rules right. This 2022 update adds the alfaerie pieces and a recolored board, which can both be seen in the second image, and updated help texts. 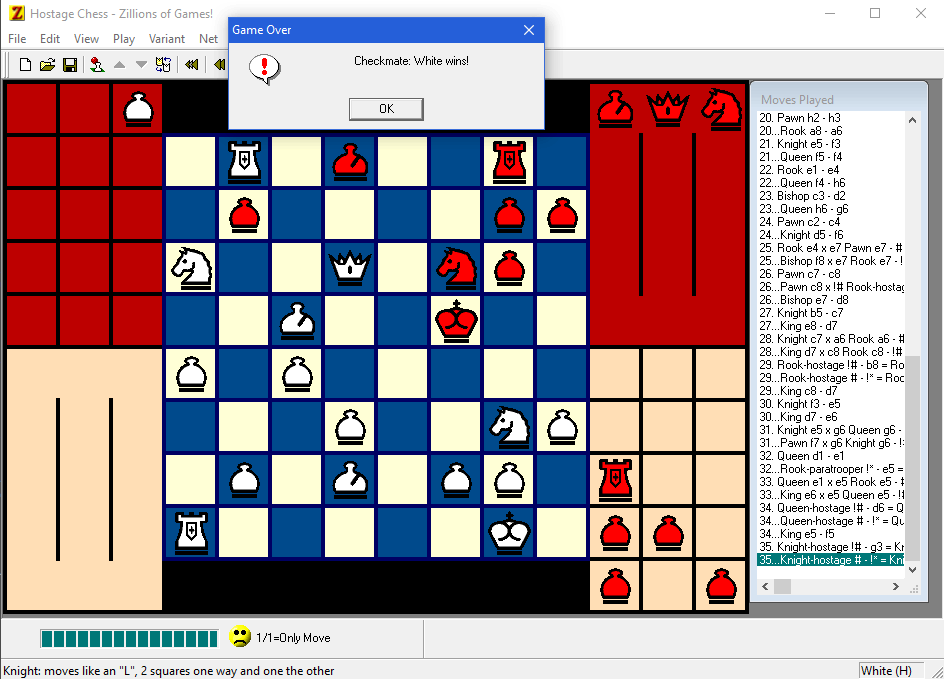 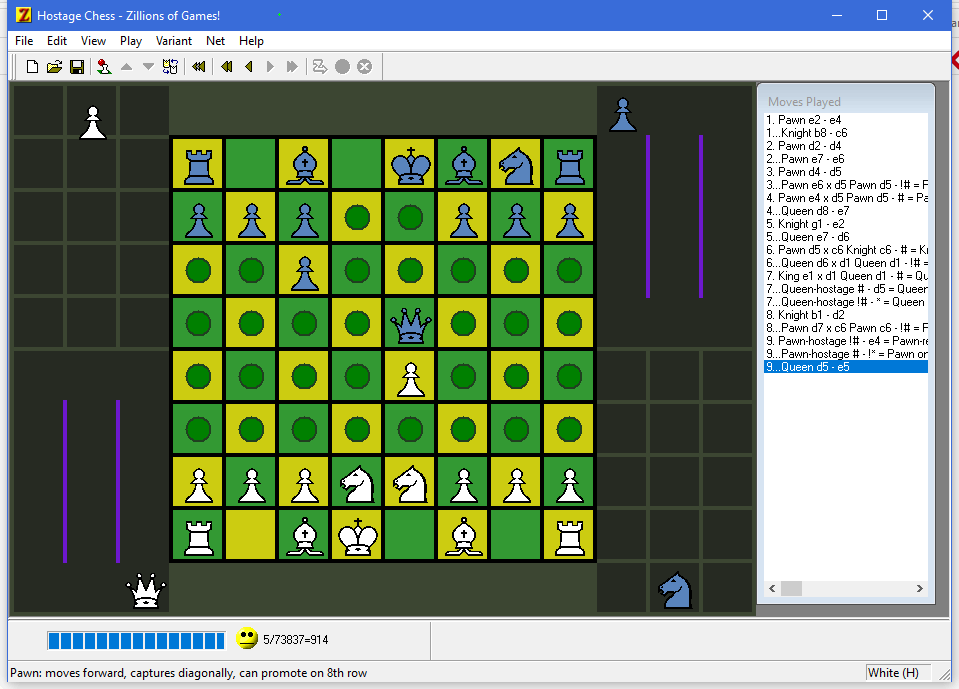 The ZRF file and its accompanying graphics are bundled together in a .zip file. These will work with Zillions of Games, a Windows program that will let you play any puzzle or strategy board game you can feed it the rules and graphics for.

Hostage Chess is a Zillions-of-Games file. It is categorized as: Two dimensional, Orthodox chess set but with different capturing rules.