This page is written by the game's inventor, Rechefiltr is Fire. This game is a favorite of its inventor.

Horizons is chess-based game on 12x12 board with 5 unordinary new pieces. 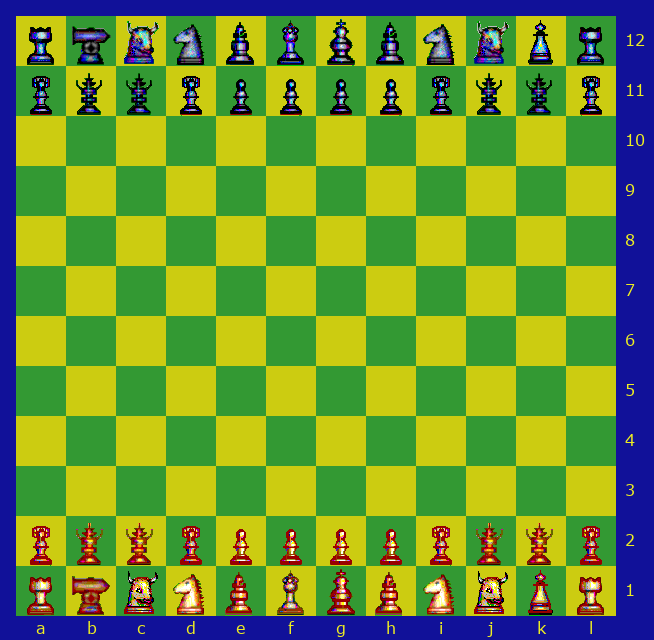 Warrior is antipod of pawn. 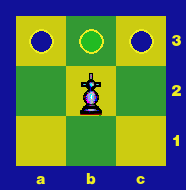 He is one pawn-like piece, who has any ability to checkmate bare king with his king's help without promotion, but previous move of opponent's king should be stupid, or it must be capture (sacrifice of good player to checkmate other by single warrior).

Warrior's En Passant is same as Pawn's: if opposite warrior moves from start two spaces to adjacent square in the side of your warrior, this warrior can move orthogonally one step forward with taking his aggressor.

On start four warriors stand on B, C, J and K squares on 2nd and 11th ranks.

He moves like pawn (incl. double-step on start), and captures one square sideways. 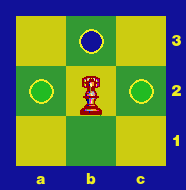 But he have one unique treat: if opponent's piece is standing in the next square forward (or 2 spaces forward if shielder is on start), he can move one step (or two steps from start)  forward and also move this piece. Without capture, only replace. He cannot move only other Shielders. But shielder cannot move also:

Shielder's En Passant is same as Pawn's or Warrior's; if opposite pawn-like piece moves two spaces and stops one square diagonally behind your shielder, or foe warrior goes two spaces, you can step one square sideways to the square where this opponent's piece could be by moving one space, with taking this piece.


On start four shieldholders stand on A, D, I and L squares on 2nd and 11th ranks.

He moves like letter T with visibly short, but normal vertical line: 2 or 3 spaces orthogonally, or 2 spaces orthogonally and then 1 diagonally, left or right. He can't move if first two squares aren't free, because he isn't leaper. Moving: 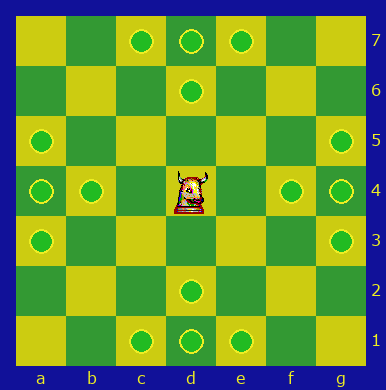 On start two oxen stand on free squares near knights.

This is slightly hard piece to understand his moves. 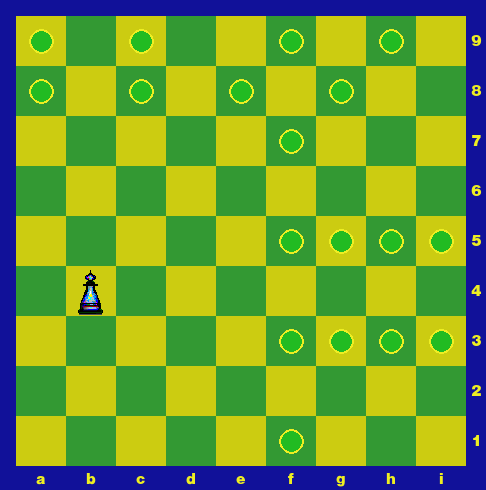 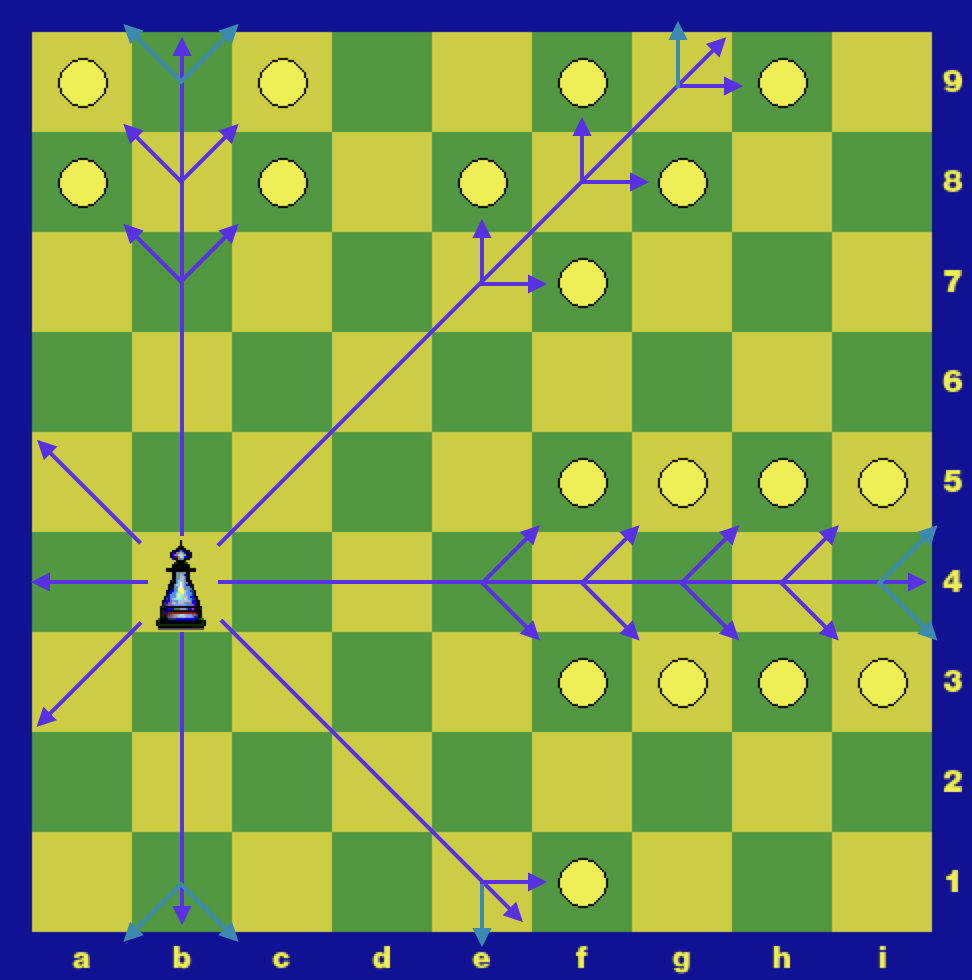 Generally: he moves orthogonally 3 or more squares and goes 1 square diagonally in this direction, or; moves 3 or more squares diagonally and 1 square orthogonally; like Xiangqi Horse which moves farther than 1 step orthogonally before moving 1 step diagonally. On free board he is hybrid of Aanca and Unicornio (from Grant Acedrex) which doesn't go on 7x7 quadrate of squares around him. But his motion's mechanic is like Xiangqi Horse: if he meet ANY piece on his orthogonal or diagonal direction in near 3 squares, he can't move in this direction. At all.
For example, he meets a pawn on 4 squares diagonally (f8 in our diagram), and this pawn (regardless whose) blocks for him squares f9, g8 and h9. Squares f7 and e8 are yet available. So when he meets any piece on his destination (like f5), this doesn't stop him.
And we see that magician is stronger or on bigger board, or on edge of standard board.

So you've probably guessed that he is ranger.

On boards which are smaller than 8x8 Magician can also move 2 orthogonally(diagonally) and 1 diagonally(orthogonally).

On start magician stands near rook which's on K square. 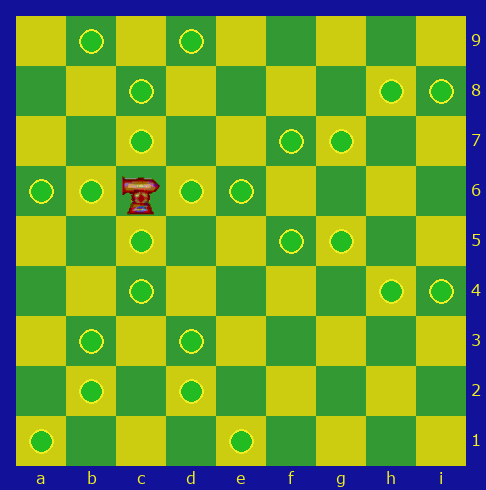 On start zip stands near rook on B square.

All other settings and rules are like in chess.

* And other leaping or hopping pieces.

About rooks — it's only Horizons rule.
About single checkmating warriors — it's (except for Horikyoto) only here too.