The Bermuda Chess Angle was created as an entry for the www.chessvariant.org â€œ10â€ contest. Originally I was calling it "Bermuda Triangle Chess" but I kept coming up with the question, "Where's the triangle?" Thus the Bermuda Chess Angle name. The Bermuda Chess Angle is the name given to a 6 x 6 square region of the 100 square board. The region encompasses the area between c3, c8, h8, and h3. If you were to draw lines to connect those four points and then shade in the square you would have a nice visual representation of the Bermuda Chess Angle. For some unexplained reason, hundreds of pawns and pieces have vanished in this area without a trace. Many Bermuda Chess Angle players have lost games due to, for example, a Queen traversing through the region only to never appear at the intended destination. Theories are abundant. UFOs, other dimensions, the sunken Lost Continent of Chesslantis, the rising of frozen hydrocarbons which makes the board density so sparse [by releasing methane] that pieces simply fall through. But no single theory can adequately explain all cases of mysterious disappearances. 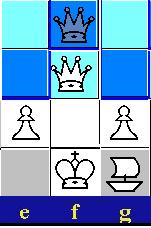 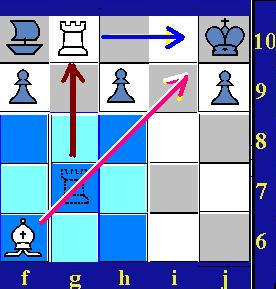 This page is currently locked, which means its author cannot modify the contents of this page. This is done in situations such as when the page is a submission in a contest and the contest rules prohibit changes from being made after a certain date.