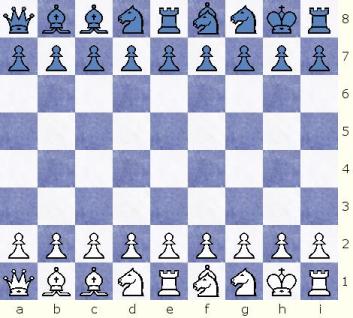 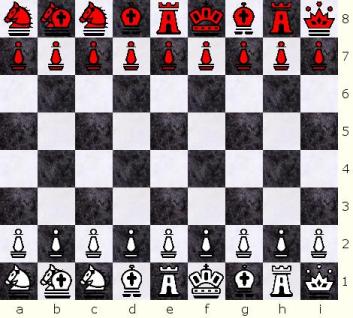 Prime Ministers Random Chess (PMRC) is a new 9x8 variant inspired by Gabriel Vicente Maura's 1968 Modern Chess (9 columns, symmetric castling to either side, an extra pawn, the Prime Minister [B+N]) with the random concepts & the castling formula from Fischer Random Chess (FRC), but Ã  la "Capablanca"! (on a board with the same number of ranks (8) as Ortodox Chess, but with more files (in this case 9) to accomodate the extra pieces [the Prime Ministers]).

Fischer Random setup of the pieces: symmetrical layout accross the board, with the restriction that Bishops start on opposite colors, and the King be placed somewhere between the Rooks to allow for the modified castling rule. Pawns go on each player's 2nd rank.

There are 8,400 possible starting positions! 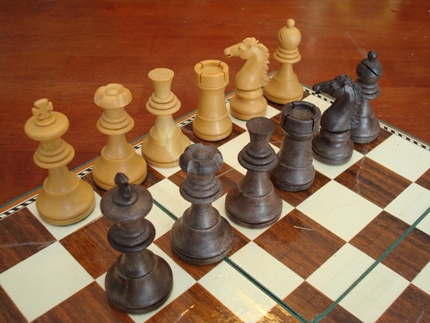 
Approximate Value of the Pieces on a 9x8 board 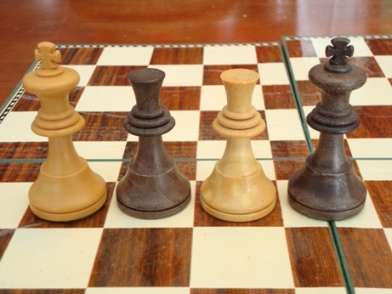 Most Orthodox Chess rules apply, including the objective of the game, the way pieces move and capture, en passant, check, checkmate, and the various draw situations (i.e. stalemate, insufficient mating material, threefold repetition, 50-move rule). Pawns may promote to a Queen, Minister, Rook, Bishop or Knight. The modified Castling rules are below.

The PMRC castling rules are based in the Fischer Random Chess rules.

In Prime Ministers Random Chess, depending on the pre-castling position on the castling King and Rook, the castling manoeuvre is performed by one of these four methods:

This variation was invented by JosÃ© Manuel Carrillo-MuÃ±iz, from Puerto Rico, in May 2008.