There are some chess variants that allow their opening setups to include the bishops on the same color squares. Some players do not see the bishops on squares of the same color as a problem, or find it a good change to the orthodox chess practice. But others see this as a disadvantage, and solutions have been sought to correct the situation.

For instance, Gabriel Vicente Maura, from Puerto Rico, the creator of Modern Chess in 1968, prefered to play with both Bishops on the dark squares. Unfortunately, he realized that in order to attract new followers to his new game he needed to compromise and allow some sort of mechanism to allow a Bishop to switch to the light squares to encourage conservative Ortodox Chess players to try his variation.

The result was Maura's original Bishop Adjustment Rule, which consisted in exchanging the square of one of the Bishops with either of the adjacent major pieces - the Queen or the Queen's Knight on the right, or the Prime Minister or Minister's Knight to the left - as long as neither of the pieces being exchanged had been moved from their original squares. The players had four ways to do the adjustment, but were only allowed to do it one time throughout the game, and only if they wished to.

Another solution to the Bishops starting on the same color was proposed by Carlos Cetina from Mexico in 1983, the 'Bishops Conversion Rule'.

In 2008 while I was creating the new variant Modern Random Chess (MRC), based on Maura's Modern Chess and Fischer Random Chess, I ran into the need of enhancing Maura's way to adjust the Bishops.

The result was the New "Generalized" Bishop Adjustment Rule, one of the four Modern Principles.

In positions where the Bishops start up in the same color squares (either both on dark or light squares), players on their turn, are allowed to convert one (and only one) of their Bishops to the opposite color squares by swapping places with any piece adjacent to them.

Neither the Bishop nor the piece to be adjusted with may have moved before the Bishop swap. The Bishop adjustment will count as a single turn, and a move for both the Bishop and the piece swapped with.

The Bishop Adjustment rule is optional, and a player is not forced to use it. A player may choose to play with his Bishops on the same color squares if he so desires, even if his opponent chooses to adjust one of his Bishops.

The notation used the Bishop Adjustment is Bx<=>?y where: 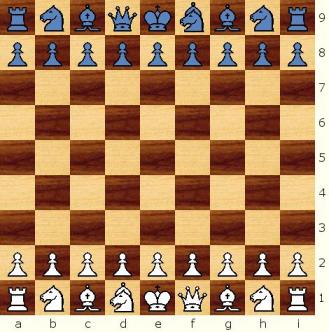 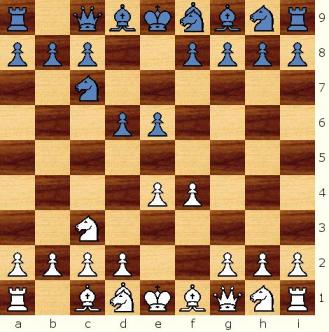 Position after 1. Bh<=>K (Kings start off exposed in the corners in this position. White adjusts and solves two issues right from move one. Protects the King and switches one of his Bishops to the light squares) 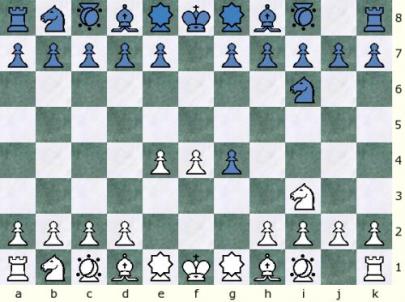 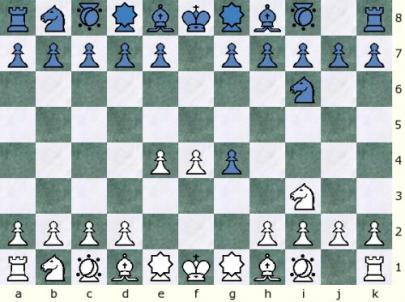 The existing variants (with board size) that use the Bishop Adjustment Rule are:


Other games that could benefit by the Bishop Adjustment Rule

I want to acknowledge and thank Carlos Cetina for giving me the last clue I needed to finish the definition of the new general Bishop Adjustment Rule when I was creating Modern Random Chess.