This variant has Courier chess as its inspiration but replaces some of the pieces with knight-compounds. 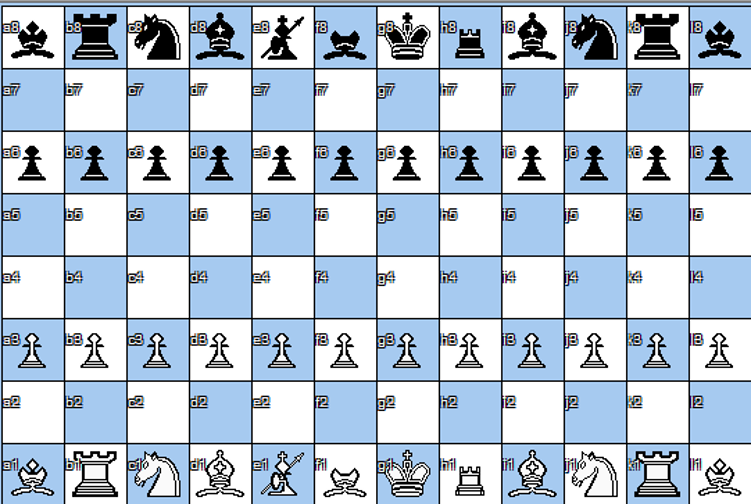 It has been a while since last I posted a chess variant on this site â€“ and this variant seems to me to be quite distinct from my previous efforts which for the most part dealt with board topology rather than piece creation. I have also previously used Courier Chess as the basis for variations with enlarged boards and many pieces. <

This variation uses the medieval 96 cell Courier board and keeps the per-side piece-count to 24. It seems strange to my mind that the increased board size of Courier, when compared with the FIDE board, was populated by mainly short-range pieces. So this variation attempts to rectify this perceived strangeness by replacing the short-range pieces with knight compounds.

In an alternate universe I can easily imagine that the Courier varianat of chess eould become the dominant western variant. To achieve this it would need to have adopted longer range, more powerful pieces; as it had stsrted so to do with the addition of the Courier piece itself. Conpound Courier Custom Chess is my attempt at imagining such an alternate timeline game. One thing I might change is the name -to Alternate Timeline Courier