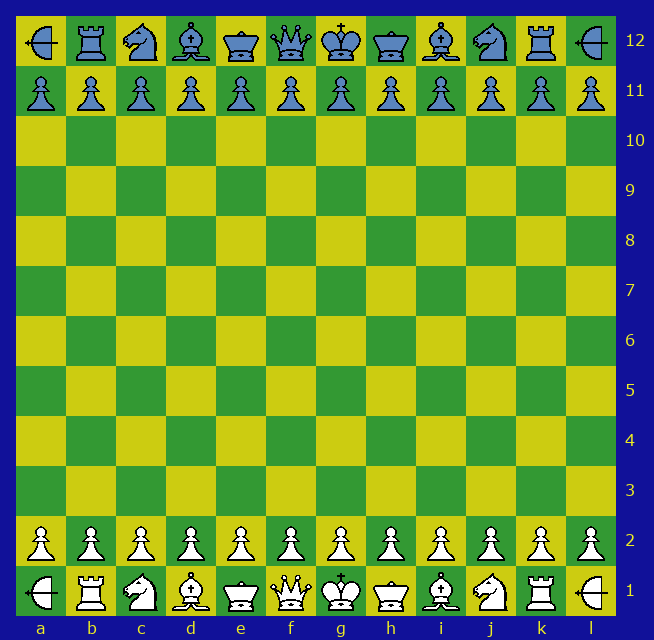 Pawns move 3 steps forward from the second rank, and 2 steps forward from any other rank. They capture as in Chess: one square diagonally forward. En passant is allowed by any pawn on any rank. All other pieces move as in FIDE Chess.

Adbication: If you still have a Prince when you get checkmated, and that Prince is not threatened, you can either accept checkmate and lose, or “abdicate” and make the Prince your new King. No more “fools’ mate”. If you have 2 Princes that aren’t threatened, and you get checkmated, then you can pick which Prince to make the new King. Pawn promotion: Pawns promote on the 10th, 11th, or 12th rank to Queen, Rook, Bishop, Knight, or Archer. They can also promote to Prince, but only if you don’t have any other Princes of your colour on the board. This is to prevent promoting all your Pawns to Princes to avoid checkmate. Castling: In Castling, the Rook moves to the square where the Bishop started, and the King moves to the square where the Knight started. All other rules are as in FIDE Chess.